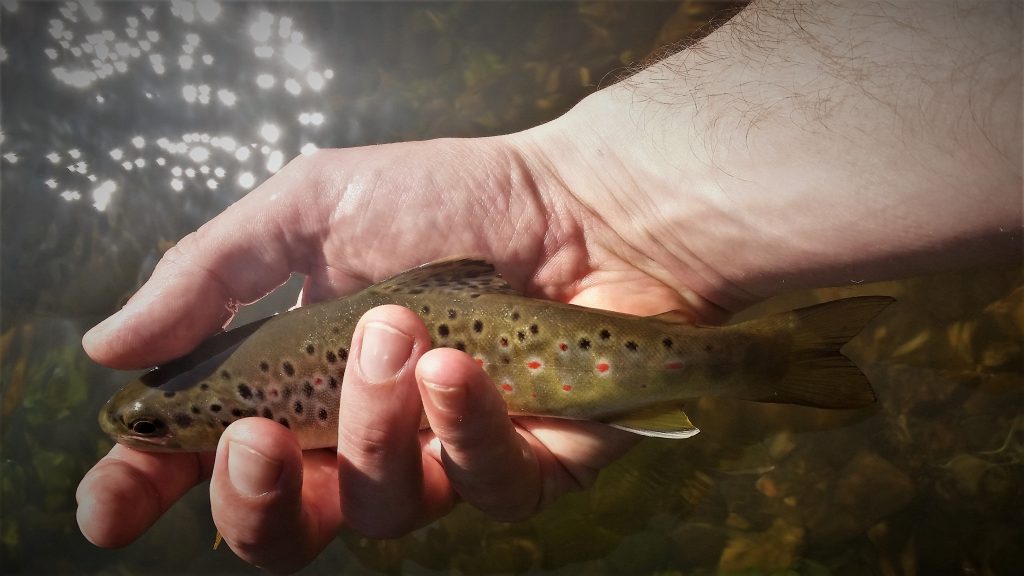 I’ve been dipping my toes and a line or two in rivers, stream, seas and oceans for most of my life. Mostly a holiday pursuit but as incomes grew in my twenties, weekend excursions from the big smoke took me around the country and very occasionally abroad.

My fly fishing renaissance came quite late after getting tired of throwing lumps of lead or rag worm at the sea. Fly fishing for bass first peaked my interest in a more finessed form of angling and a much lighter tackle bag.

Moving down to Cornwall in 2015 I found the county littered with streams, some neglected, some channelised, some mighty and lush. My typical search for free water began in ernest, landing me a post-industrial river on my doorstep with such surprising fishing I felt a tad let down when I finally searched further afield.

That wasn’t to last long, I bought a book of Westcountry Angling Passport Tokens and set out to explore. Concentrating on Cornwall, I took in the Fal, Tresillian, Tamar with increasing successes.

As is the way with the passport, I used it as a springboard to a local club, joining Liskeard and District Angling Club which in turn opened up parts of the majestic Fowey, the river that first brought me to the region. I also have rather a nice little beat on the Inny a few yards from my house.

The approach to Westcountry angling is a little different. I spend a little less time matching the hatch and a little more swinging flies into extreme nooks and crannies. I also spend all together too much time rescuing flies from trees, this is a wild landscape. That wild landscape comes with truly wild fish that have a wealth of personality and in some cases I feel intellects.

There is a river or fish for every season, dounpour, drought or rod, and some of the best value anywhere in England.