Deprecated: Function create_function() is deprecated in /var/www/vhosts/westcountryriverstrust.org.uk/fishtrail.org/wp-content/themes/aarc-project/functions.php on line 262

Deprecated: Function create_function() is deprecated in /var/www/vhosts/westcountryriverstrust.org.uk/fishtrail.org/wp-includes/pomo/translations.php on line 208
 FishTrail » Autumn Grayling on the Tamar

Autumn Grayling on the Tamar 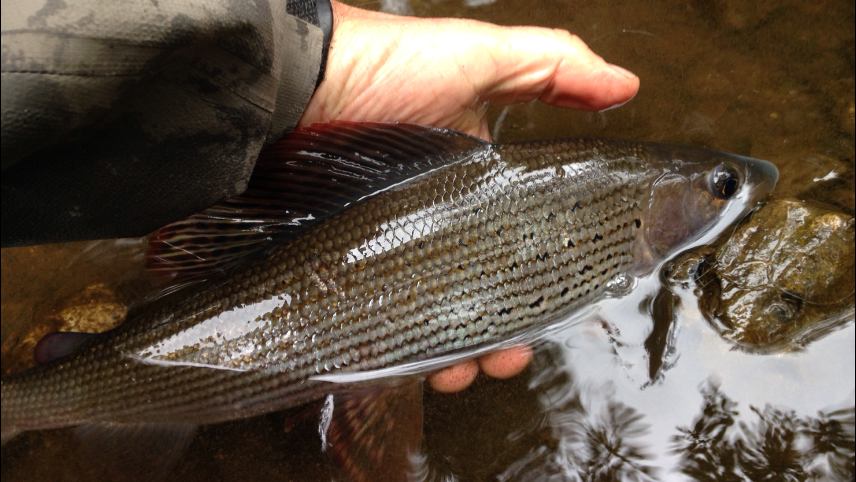 Well autumn has stamped its mark, the leaves are dropping on mass and making the last few weeks of salmon fishing a touch frustrating. The trout season has come and gone, the trout season on the whole was fairly good, but all is not lost, there’s still a lot to look forward to, Grayling fishing!

Our local Tamar system is the most westerly river that Grayling can be caught in England, it can be a tricky system due to the geology and intensive farming causing the main river and some of the tribes to run coloured with increased flows. All is not lost though, as we get more rain in the autumn/winter the river does clear more quickly, river height is not really an issue in winter Grayling fishing (although be careful fishing in heavy flows).

Tamar will be with weighted nymphs although there can be a reasonable hatch occasionally which you should then count yourself very lucky and tie on an appropriate dry fly.

A question I get asked frequently is where to find grayling in the river, the answer is almost anywhere. Now where to start, if the river is up look for seams on the outer edges of the main flow, look hard at what’s going on with the shape of the water as it flows.

What ever the river bed does is reflected on the surface of the river, this is key! Bumps and lumps on the river surface means there’s depressions and bigger rocks/bed rock on the bottom and these are the places fish will seek in times of heavier flows, hence heavier flies.

The kit needed: A fly rod of 8ft plus (I use a 10ft #4), flies in the range of size 16 to size 8 with your nymphs having tungsten beads between 2mm to 4mm or if you prefer tied with lots of lead. Fly line wise just use your normal line matching your rod, if you want to Czech nymph that’s a great method, a quick search on google will see you right for the set up. I would start with either two or three flies on your cast, spacing wise keep it fairly compact with 16″ between flies. If your going to fish a nymph in a more traditional style swinging it across likely spots and the river is not to heavy try tying on a spider to the dropper 24″ to 36″ between flies. Another good method is to fish using a bite indicator, polypropylene wool is probably the easiest to cast but there are bobbers (a bit like a small bubble float) which work well. Line wise step it up, no lighter than 4lb and up to 8lb, some of the modern tippets are extremely thin and 8lb in fluorocarbon can be equivalent to 4lb Maxima, a two 2lb grayling in a heavy river will double over your  rod and have you thinking your hooked into a much larger fish.

When fishing with nymphs up stream keep them trundling down at the same speed as the current, often you will hook fish as you lift off to cast so be ready for that!

Places to find grayling fishing on the Tamar system, West Country Rivers Trust and The Arundell Arms Hotel, if fishing the Arundell Arms water you may be able to gleen some words of wisdom from Tamar guru David Pilkington.

So don’t be down that the 2017 trout season is over as there’s a whole new season out there this autumn and winter.