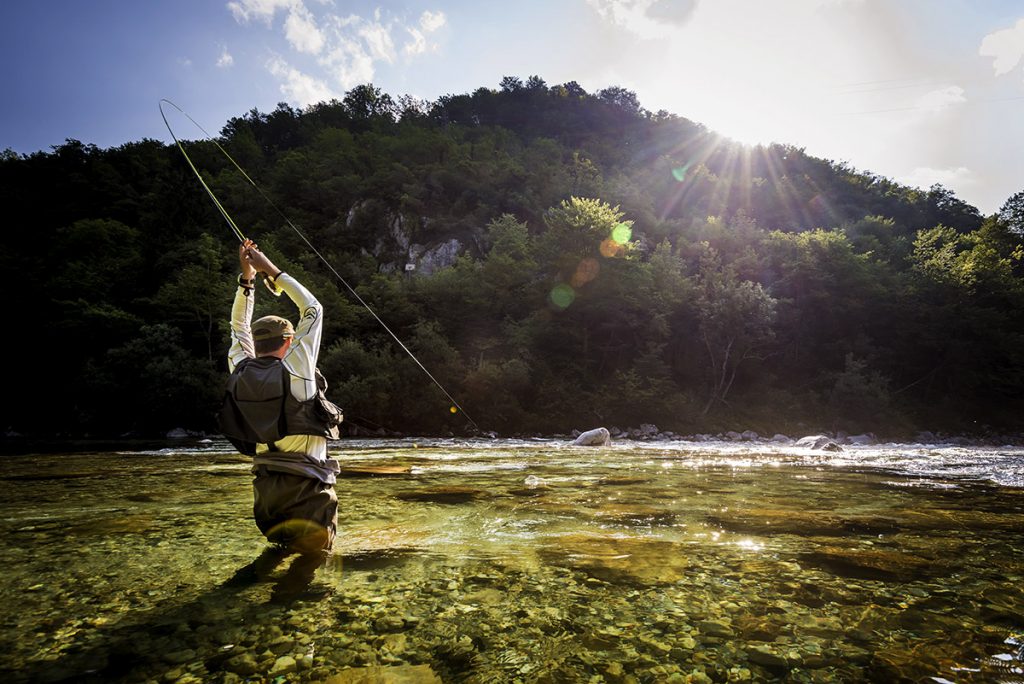 All offer unique experiences for fly fishermen, some where fish may be taken and some catch-and-release only. The rivers, Trebuščica, Upper Bača, Kneža, Koritnica, Nadiža, Učja and Bela are wild fisheries with the Lower Bača, Soča, Idrijca, Učja and Tolminka being stocked with rainbow trout, marble trout and adriatic grayling.

What Types Of Fishing

The most attractive species in the district is the marble trout. It is an endemic species found in all the local rivers. It grows to a much greater size than all other species of trout in the region, with the largest individuals exceeding 120 cm in length and 20 kg in weight. It is named for its distinctive marbled pattern, which is most pronounced on the gill covers and on the large head, which can be as much as a quarter of the whole body length.
The local grayling is another beautiful sport fish and fishermen can also catch brown-marble hybrids, brown trout, rainbow trout, adriatic chub, and Italian barbel.

The fishing permit is valid only for the person and the day entered. A child under the age of 15 may also fish on your permit, but under your supervision and responsibility. Available are also discounted permits for 3 and 5 days. There are many shops and officies to sell licences throughout the Soca Valley.

Flyfishing is the only kind of fishing allowed and you are restricted to one fly only, tied on a single hook, no doubles or trebles are allowed.
You may fish with dry flies, wet flies, nymphs or streamers. Any type of line and leader can be used.
It is mandatory to use barbless hooks on all rivers.
In the reservoir, fishing from a boat is allowed.
All marble trout longer than 70 cm and grayling longer than 55 cm that you retain must be reported to the Tolmin Fishing Club. 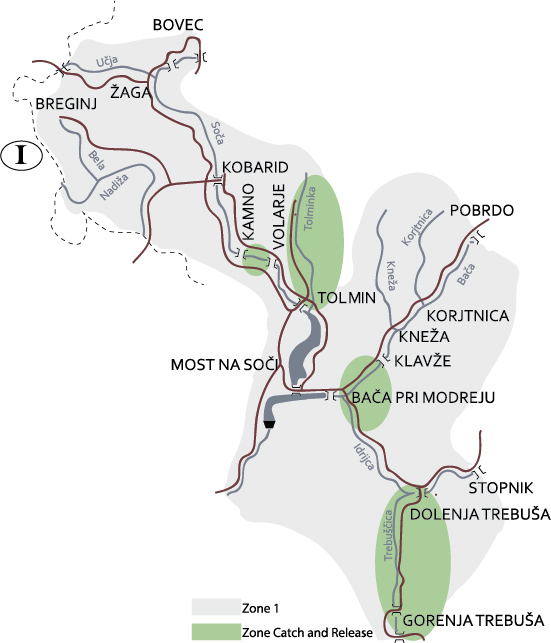 • One fly only tied to a single hook
• No doubles or trebles are allowed
• Dry flies, wet flies, nymphs or streamers allowed
• Any type of line and leader
• It is mandatory to use barbless hooks on all rivers
• In the reservoir fishing from a boat is allowed. 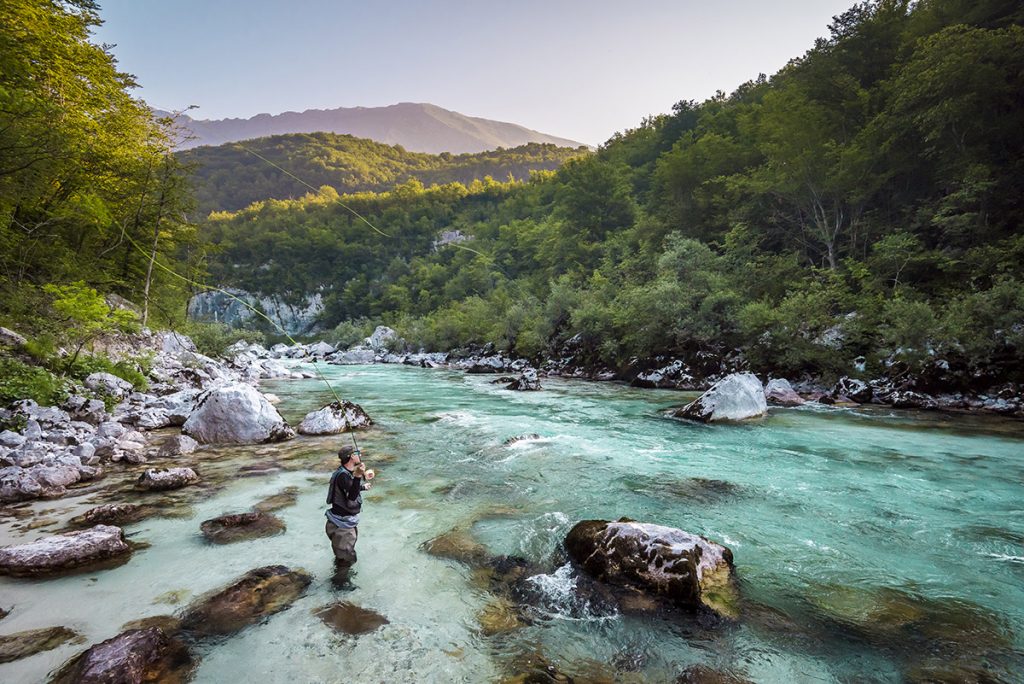